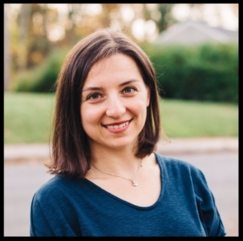 Born in the Ukraine, Dr. Sarah Kachan-Liu emigrated to the United States at the age of ten with her parents and sister. She grew up in a Russian-speaking household. She completed her undergraduate education at Columbia University and her medical education at Albert Einstein College of Medicine. She moved to Baltimore to complete her Pediatric Residency at Johns Hopkins Hospital. Since completing residency training in 2013, Dr. Kachan-Liu has worked as a pediatric hospitalist and outpatient pediatrician at Newton-Wellesley Hospital. She is happy to join the practice and provide culturally sensitive care to all patients. She enjoys running, rock climbing and spending time with her husband and three boys. Dr. Kachan-Liu is board certified in Pediatrics and currently practices at Universal Pediatrics in Newton Wellesley.

Including a Top Doctor by Boston Magazine since 2016