Including a Top Doctor by Boston Magazine since 2016

Born in Russia, Dr. Milana Stavitsky graduated from St. Petersburg Medical Pediatric Academy where she received her undergraduate degree and MD.  After two years of sub-specialty training, she became a practicing Pediatric Neurologist in St. Petersburg.  In 1989 she immigrated to the United States with her husband and two children.  She trained in the pediatric residency program at the University of Massachusetts Medical Center.  She completed her residency and took an additional year of physical medicine and rehabilitation training at Tufts University.  From 1995 until September 1999, she worked as a staff pediatrician at Franciscan Children's Hospital.  Since 1999 she has been in private practice providing comprehensive medical care to children from newborns to young adults.  Her special interests include developmental and behavioral pediatrics, as well as holistic and alternative methods of treatment.  Dr. Stavitsky is board certified in pediatrics, and currently practices at Universal Pediatrics in Newton Wellesley. 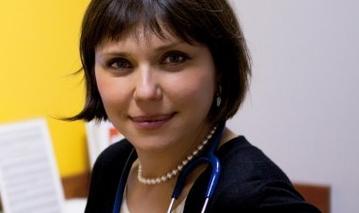